Home News Where have severe weather events occurred in 2014?

Climate changes are followed by extreme weather events and they are becoming more and more frequent, with much greater power and irregularity.

We needs is not just relief when the weather disaster hit upon us, but adaptation to the huge effects these freak weather phenomena creates, including economic stress, disease, political discontent and many other.

Adapting or preventing such severe weather events will ultimately results in a better outcome for everyone. 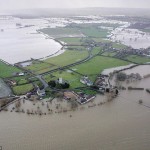 Britain announced emergency funding to address devastating flooding, caused by the worst spell of winter rainfall in at least 248 years. 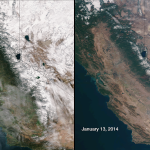 GPS-monitored ground movements suggested a water deficit in the western United States of some 62 trillion gallons of water, caused by a recordbreaking drought in California

The heaviest rainfall in almost 120 years caused severe flooding in Serbia and Bosnia. More than 20 people were killed and thousands more were evacuated from their homes.

Raging monsoon floods swept across India and Pakistan, killing more than 440 people and causing thousands more to flee their homes.

The Rio Madeira, the largest tributary of the Amazon, reached record levels and caused the worst flooding for a century.

Five were left dead and more than 30,000 fled their homes after severe flooding hit the capital.

Super Typhoon Rammasun, the strongest typhoon to hit southern China in four decades, killed at least 16 and affected more than 3 million people in the region.

Heavy rain caused flash floods and landslides that buried victims alive as they slept in their homes, killing at least 32 people.

Tokyo was pummelled by the worst snow storm in 45 years. Around 9,500 airline passengers were left stranded by the resulting cancellation of 63 domestic flights.

All-time high temperatures were recorded in 34 locations during the first month of 2014.