Home Guides How to Read a Weather Map: Beginners Guide

Many of you have probably seen pressure charts used on TV or even on the back of a newspaper. Some of you will understand what the lines, the triangles and different bits and pieces mean.

But if you are not one of those people keep reading and find out what weather forecasters call synoptic charts.

The word synoptic means the current situation. What this means is – looking at the pressure pattern, the fronts, the wind speed, and direction in the present moment, and in the same time also track how they evolved over the coming few days

It is important to know that pressure, wind, and temperature are in a constant balance trough out the atmosphere, but the atmosphere is always changing and trying to maintain that balance.

Before we talk about the signs on the map lets first learn about atmospheric pressure.

What is atmospheric pressure? 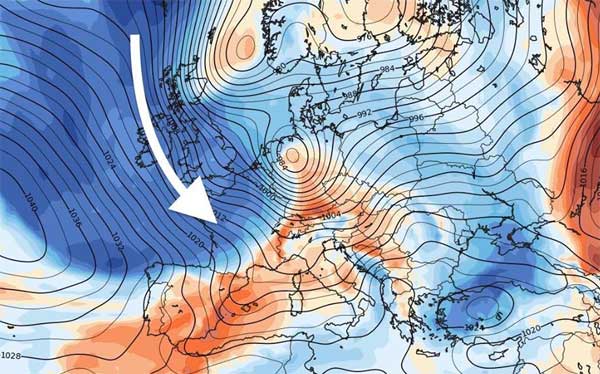 The pressure pattern will always show you a number of things – we always have areas of high pressure (H) and areas of low pressure (L) and the white lines that circulate around, show where the pressure is equal. They are called isobars.

Sometimes though the pressure gradient – the difference between the high and the low pressure – is much bigger and the air moves faster. That is shown by tighter isobars that you can see on the chart.

When air moves from areas of high pressure to area of low pressure and try and maintain that balance or to try and ease that difference, than there is air moving around and we feel wind moving.

What is high and low pressure?

What are the effect of high pressure? 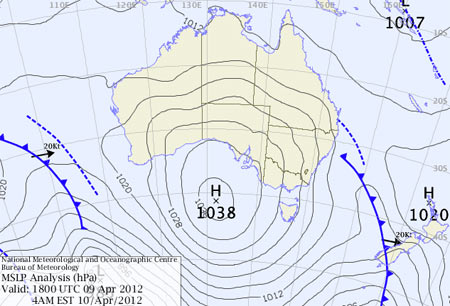 What are the effect of low pressure? 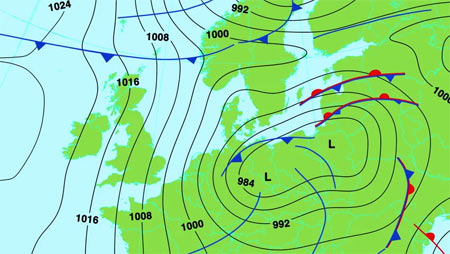 Lest take a look at this maps to examine fronts and various types and the weather they can bring.

What is weather front?

They are accompanied by clouds and rain. After the front passes there are changes in temperature, wind direction, moisture and pressure.

Get better understanding of cold fronts. What are they? 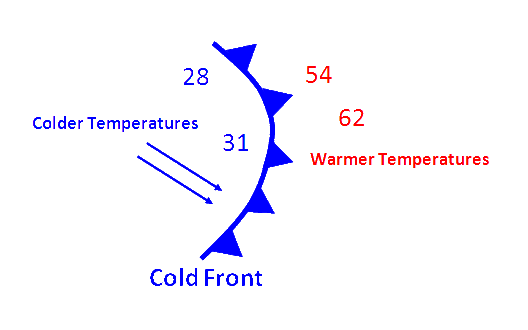 What is warm front? 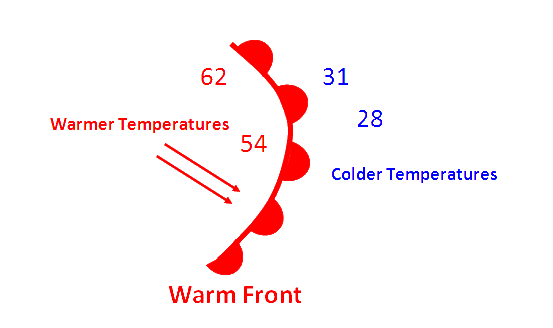 One thing we tend to see is warm air following a warm front and cold air following a cold front. We also see increased amounts of clouds and rainfall in and around the area that front marks.

Another type of weather you can spot on the weather chart lies between a warm and cold front that’s what we call a warm sector. It’s a fairly cloudy type of air mass and it can bring mist and fog and some outbreaks of light rain from time to time.

Next lest find out about stationary fronts. 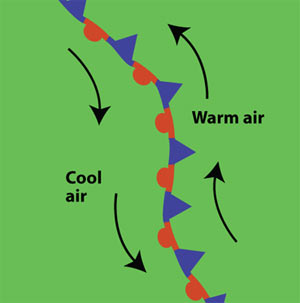 Stationary fronts characterize  with mild moist air on the warm side and cool and dry air on the other side. The temperature change is not very large on either side of the front.

Stationary front act much like a warm front in the respect that clouds and possibly precipitation are favored on the cool side of the front.

What are occluded fronts?

When developing a cold front will tend to catch up with the warm front because it moves faster. When this happens we end up with something called occluded front. In time these occlusions can form their own identities as well.

So, we hope that now you have an idea about one of the most fundamental tools forecasters use – the weather chart.