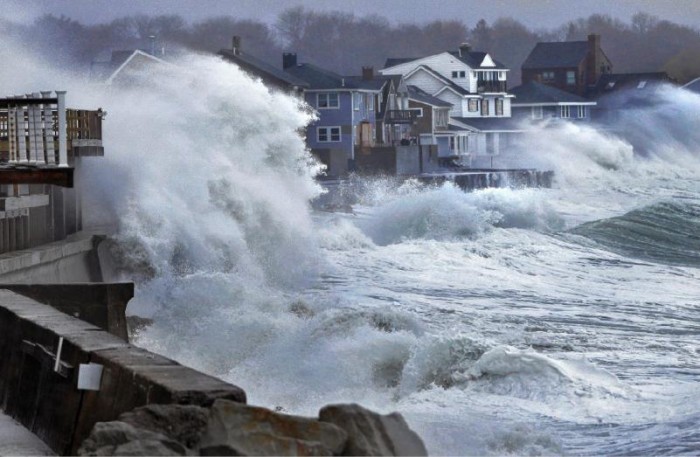 Once a sheet of ice this is now evidence of a battle raging far below Antarctica surface which will drastically shape the Earth.

According to scientist the West Antarctica Ice Sheet has so much water to cause a rise between a 3 and 4 meters in global ocean and flooding heavily populate coast cities. And the grim prognosis is that this could occur in the next couple of centuries.

The researcher Peter Convey is studding the changes of the sheet for the British Antarctic Survey:

At Robert Island just off the Antarctic Peninsula coast the ice change is observable on a small scale.

The scientists are noticing changes in the islands around. The plants are taking strong roots on the ground left by retreating glaciers. According to Chilean plant biologist Angelica Casanova this is an early warning signal of what’s to come:

“As we know Antarctica has been the place that has registered the biggest increases in temperature – a rise of approximately 3 degrees in the last 50 years. We believe that these plants are true indicators of climate change and above all of global warming because they accurately illustrate change.” she says.

A couple of years back Antarctica as a whole was in balance, the ice lost was equal to the one gained. Now the scenery has changed and two different studies have showed us that the things are coming to irreversible and unstoppable end.

One of the major problems is that the climate change has modified the wind patterns, and pushed the warmer waters below the western ice sheet.

The World Bank has issued a warning of devastating flood damage to cities along the costal lines, like Guangzhou, New York or Mumbai, if no measures are taken.