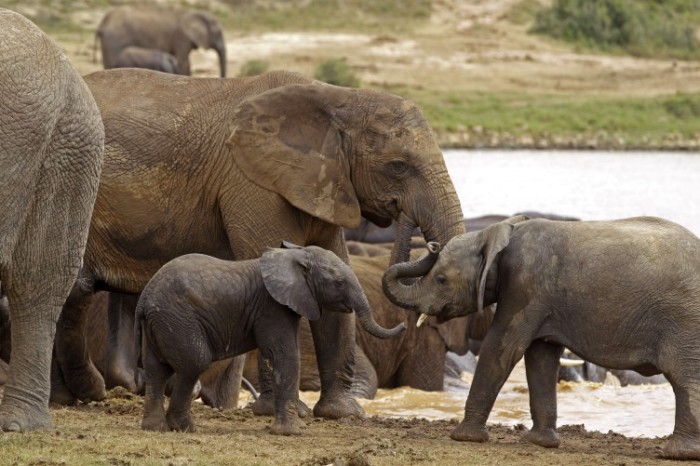 Populations of some of the largest wild animals in the world has decreased, which increases the threat of an “empty landscape”..

About 60% of the giant herbivores, including rhinos, elephants and gorillas, are at risk of extinction.

Analysis on 74 herbivorous species, published in Science Advances, identified as major causes of poaching and the loss of habitat.

The study was led by Prof. William Ripple of Oregon State University. The study deals with herbivores with weight more than 100 kilograms from reindeer to African elephants.

“This is the first time someone analyze all these species as a whole,” he says.

“The process of reduction of these animals causes an “empty landscape ” in forests, savannas and deserts.”

Prof. David MacDonald Centre for Wildlife Conservation at the University of Oxford is one of the team members of 15 international scientists.

“Large predators such as big cats or wolves are facing terrible problems such as over-hunting and habitat loss, but our new study adds another nail in their coffin – the lack of food”

“There is no point of populating a habitat, if there is nothing to eat there.”

According to the study, the decline was caused by a number of factors, including habitat loss, hunting for meat or specific parts of the animal, and competition for food and resources with livestock.

When a rhino horn worth more than gold, diamonds or cocaine on the black market, rhinos may disappear from the wild within 20 years in Africa, say researchers.

More consequences of the decline in the number of wild herbivores include habitat loss, negative effects on the food chain, impaired dispersal of seeds of plants, and even a decline in tourism.

The biggest losses are in Southeast Asia, India and Africa. Europe and North America have already lost much of its large herbivores in the previous wave of extinction.