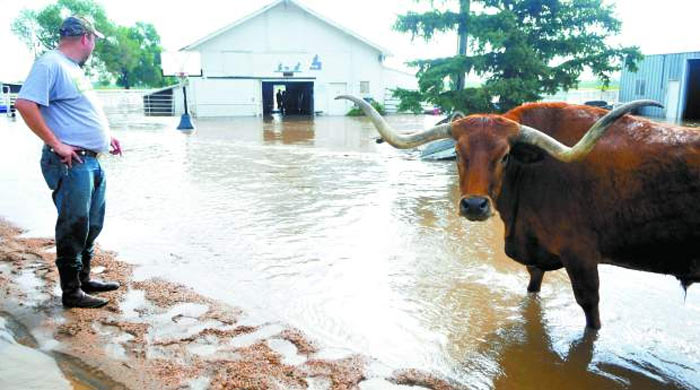 During Hurricane Andrew in 1992, livestock owners believed their large animals were safe in barns. But it proved exactly the opposite. Many animals were killed when the barns collapsed. Others died from dehydration and kidney failure after wandering for days without food and water.

The safest place for large animals is an open pasture clear of trees and objects that can be blown around by wind.

One of the best precautions to take before the storm is to install a hand pump on your well. If power is shut off, you can still pump water for animals.

Here are some other tips for keeping livestock safe in a storm:

Police may order vehicles such as livestock trailers off the roads once winds reach 40 mph.